An exciting day trip to the largest sand desert in the world:

In Dhofar, it is an absolute must to visit the Rub Al Khali ("The Empty Quarter"), the most remarkable and most popular place in the region with its pristine and magical sand dunes. After a small break in Thumrait city, that was famous as a Bedouin settlement, it goes on into the big gravel desert "Al Nejd".

After an about 175km long ride, starting from Salalah city, the first attraction in the desert is the "Lost City of Ubar" (UNESCO World    Heritage Site). This legendary ancient kingdom known as Ubar, was promised to have existed in one of the most inhospitable places on earth - the vast and forbidden desert Al Rub Al Khali, reasonable known as Empty Quarter ("inanimate Region"). According to myth, the desert has swallowed Ubar, quite literally, it sank without a trace - and became the fabled "Atlantis of the Sands." This once sunken city, which was discovered by satellite, is, despite the work of a team of researchers in 1992, mostly covered by sand.

Experience the fascinating sand dunes while walking through "the    largest sand desert in the world" and marvel at the stunning view over the vastness of the desert from the top of the dunes. On the way back to Salalah you drive to the Wadi "Dawka" (UNESCO World Heritage Site), which is also known as "incense Wadi", because of the largest collection of naturally grown frankincense trees in the region. 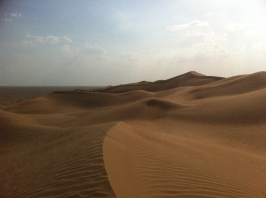 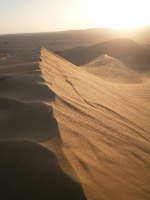